Phil Hogan T.D. Minister for the Environment, Community and Local Government described Molloy Precast’s facility as “fantastic and hugely educational” during his official visit on Thursday June 7th. He was there to officially open the company’s purposely built percolation demonstration and rainwater harvesting facility at Clara Road, Tullamore, Co. Offaly. The weather which greeted the minister on the day was quite apt with water, water everywhere.

The facility which is Ireland’s only percolation demonstration facility features every percolation system available on the Irish market and is entirely focused on ensuring the education of best practice in percolation design and installation to homeowners, construction professionals and students. In simple terms the facility demonstrates how different percolation systems function, how they should be correctly installed and the EPA’s guidelines for the design and sizing of each system. In addition, the site also features a fully operating rainwater harvesting system.

Furthermore, in association with Trinity College Dublin and Enterprise Ireland, Molloy Precast will be bringing to market in the coming months a percolation distribution device patented by Trinity College that has the potential to solve many of the common septic tank problems in the country. The formal signing of this most recent innovation was completed in the presence of Minister Hogan during his official visit. 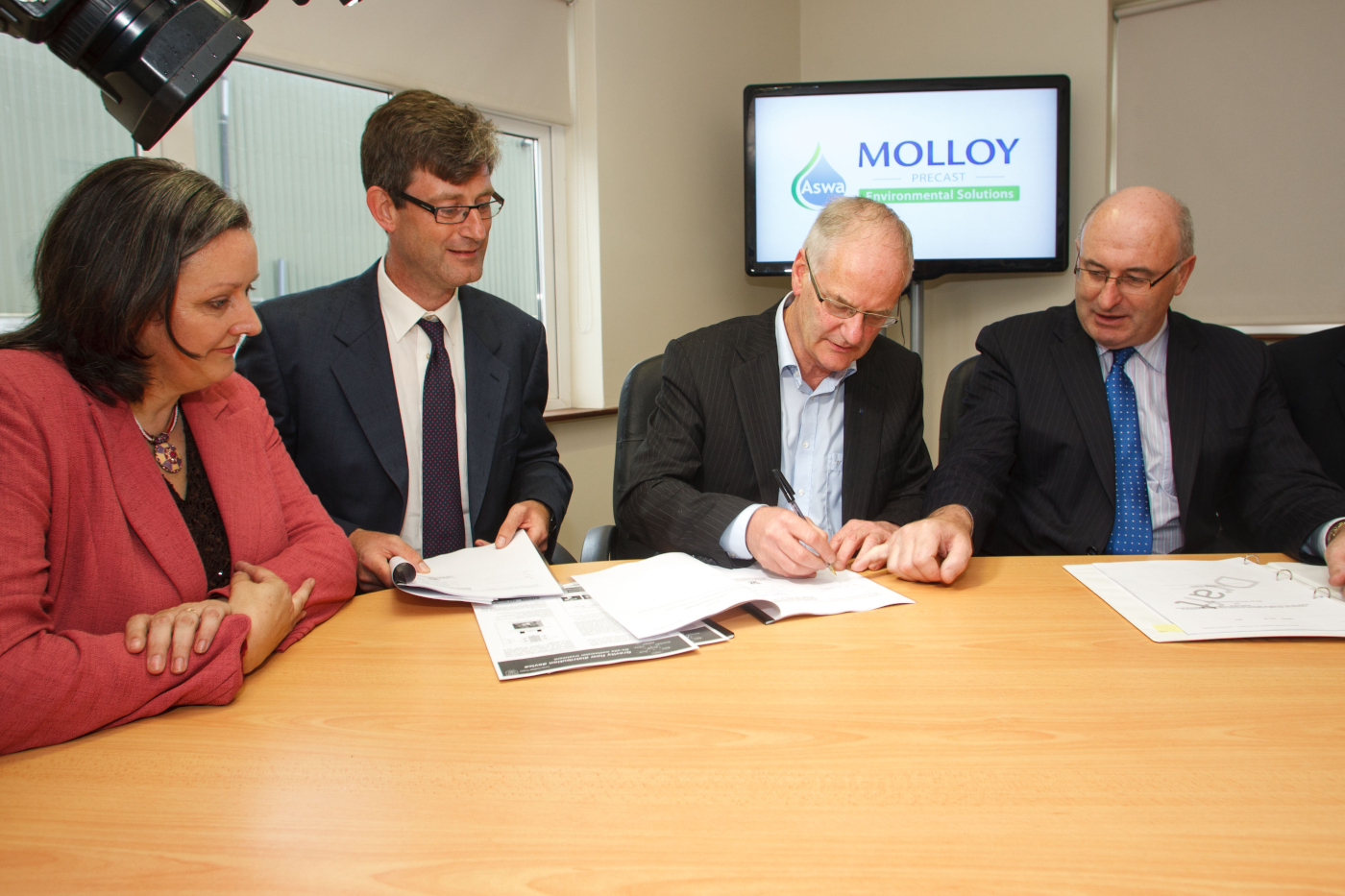 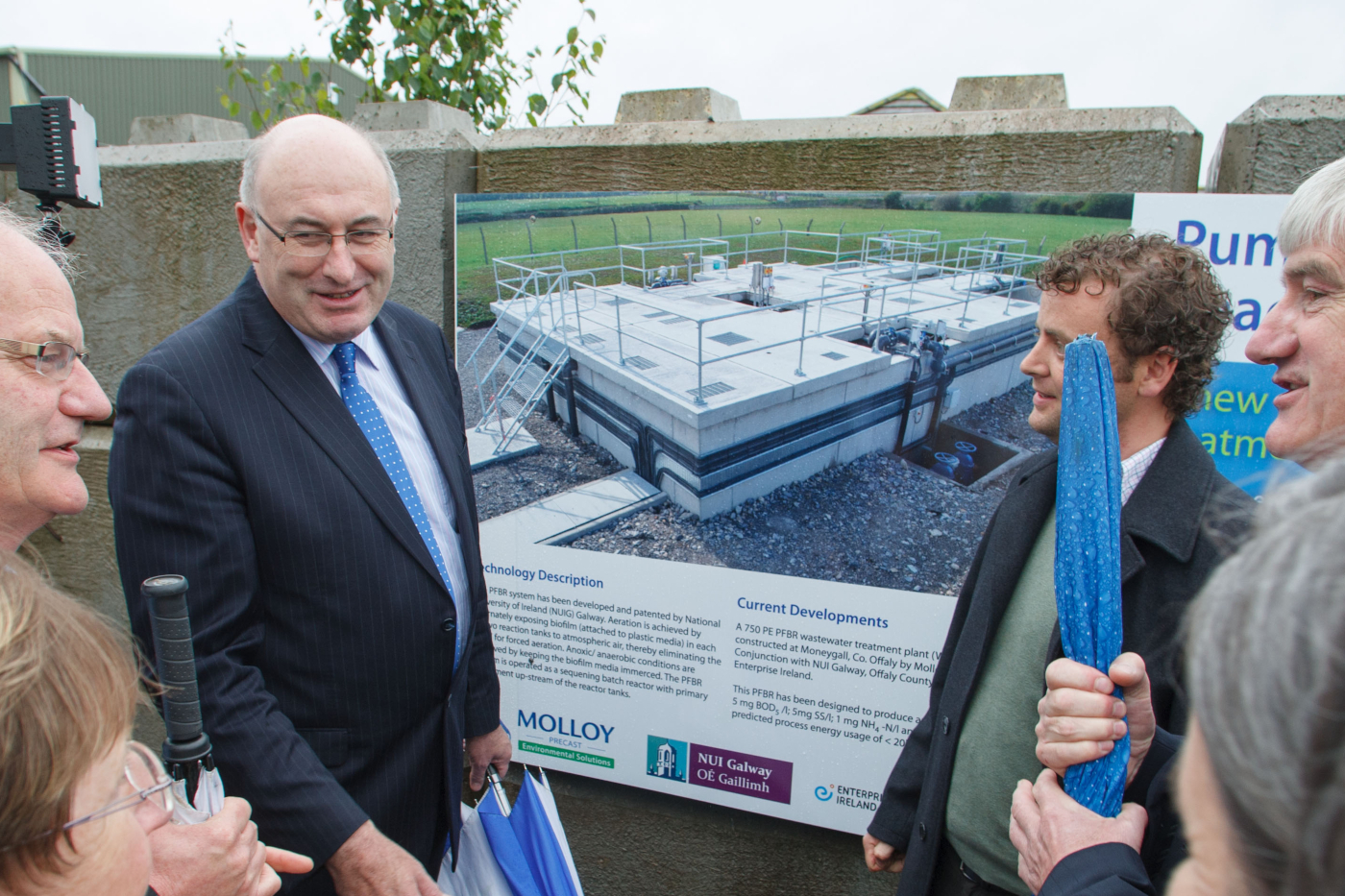 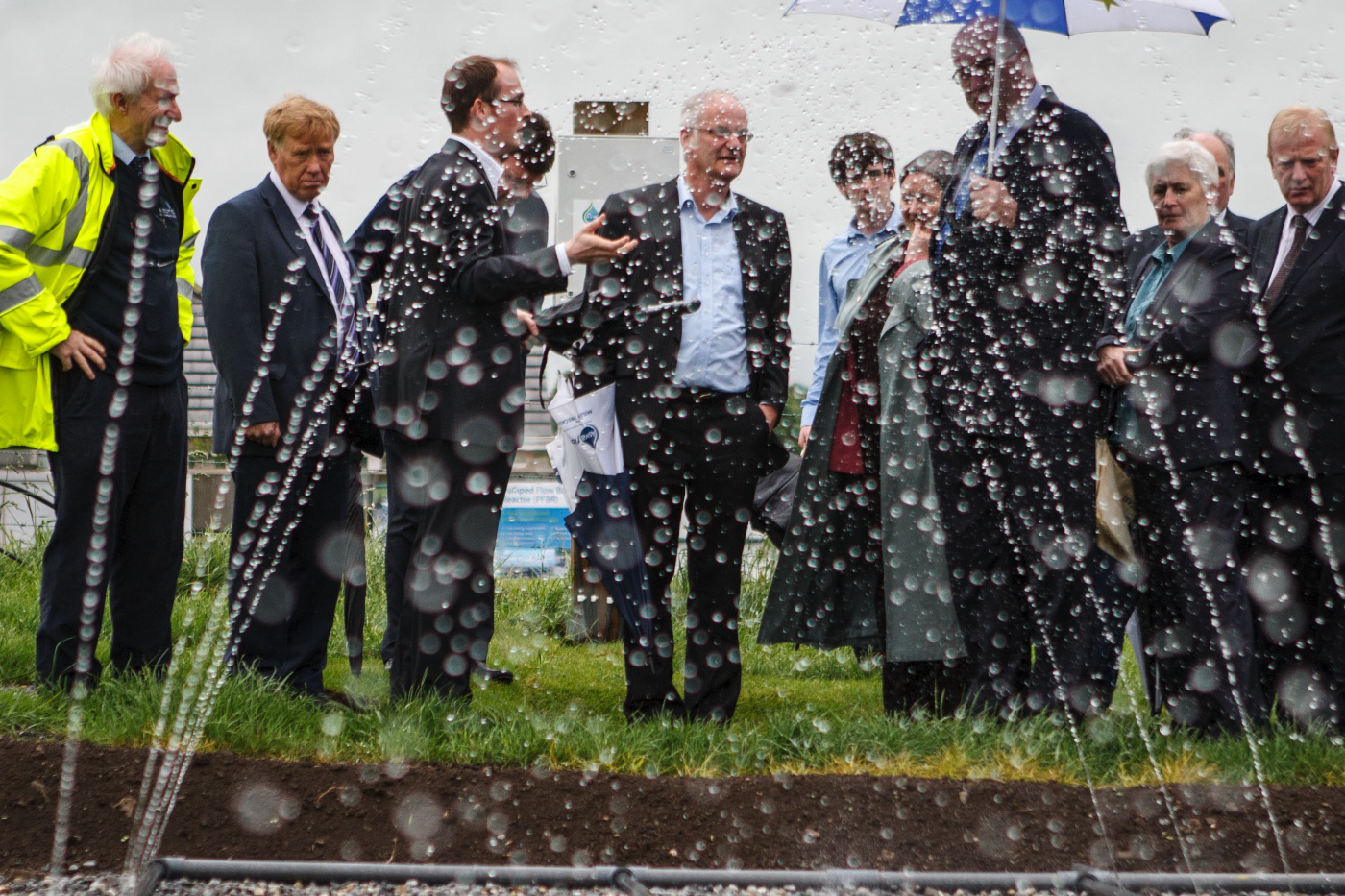 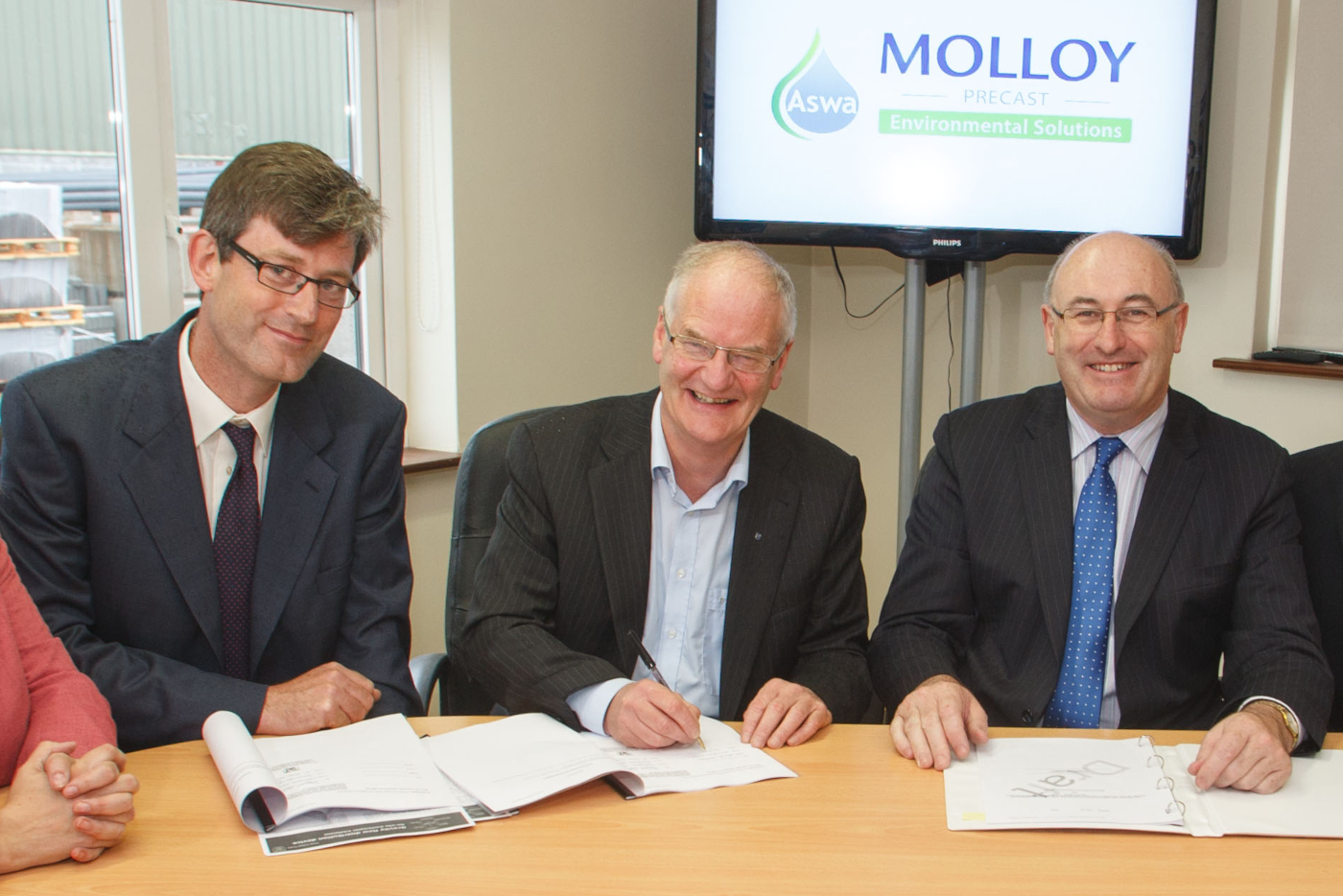 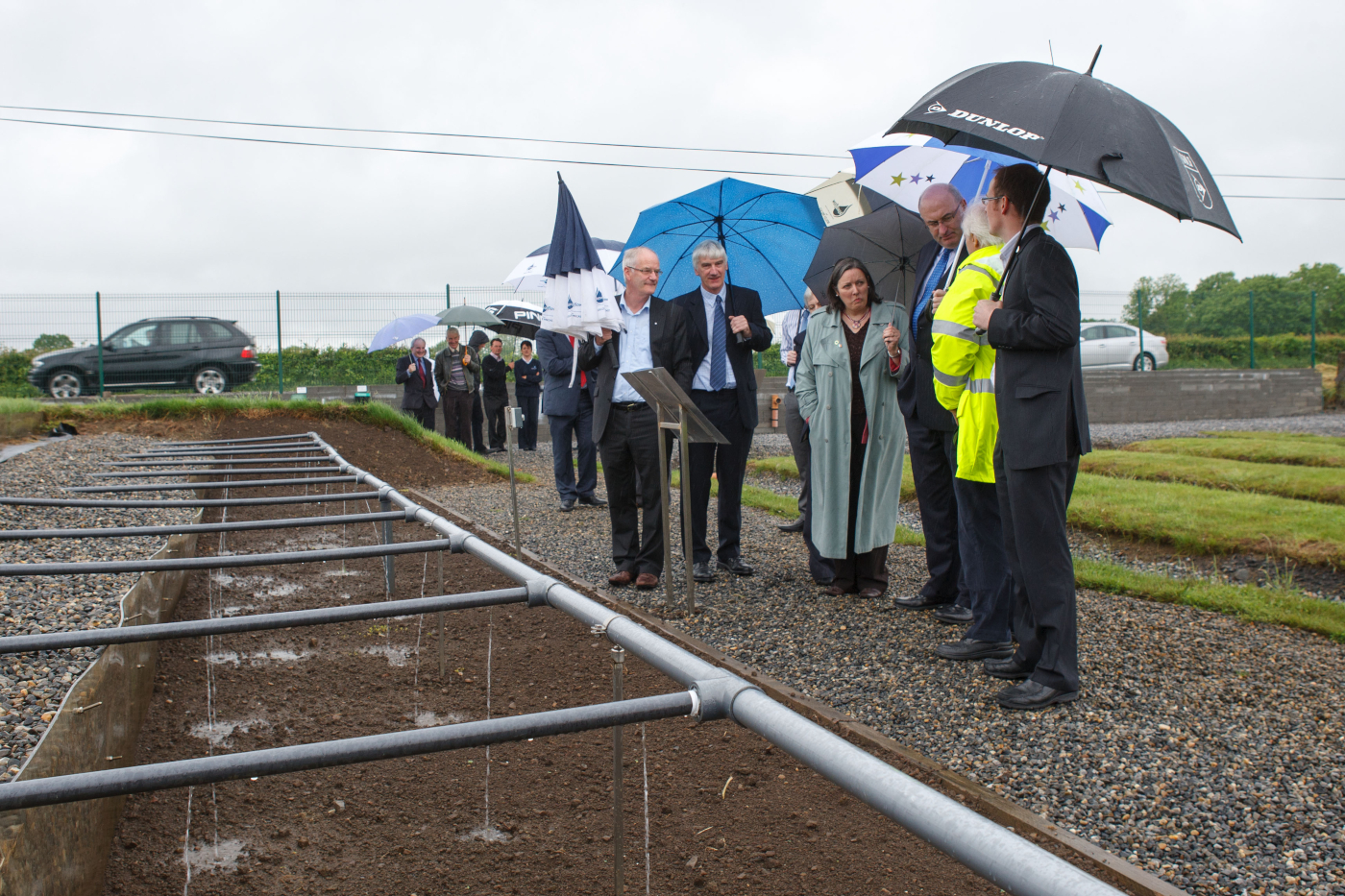 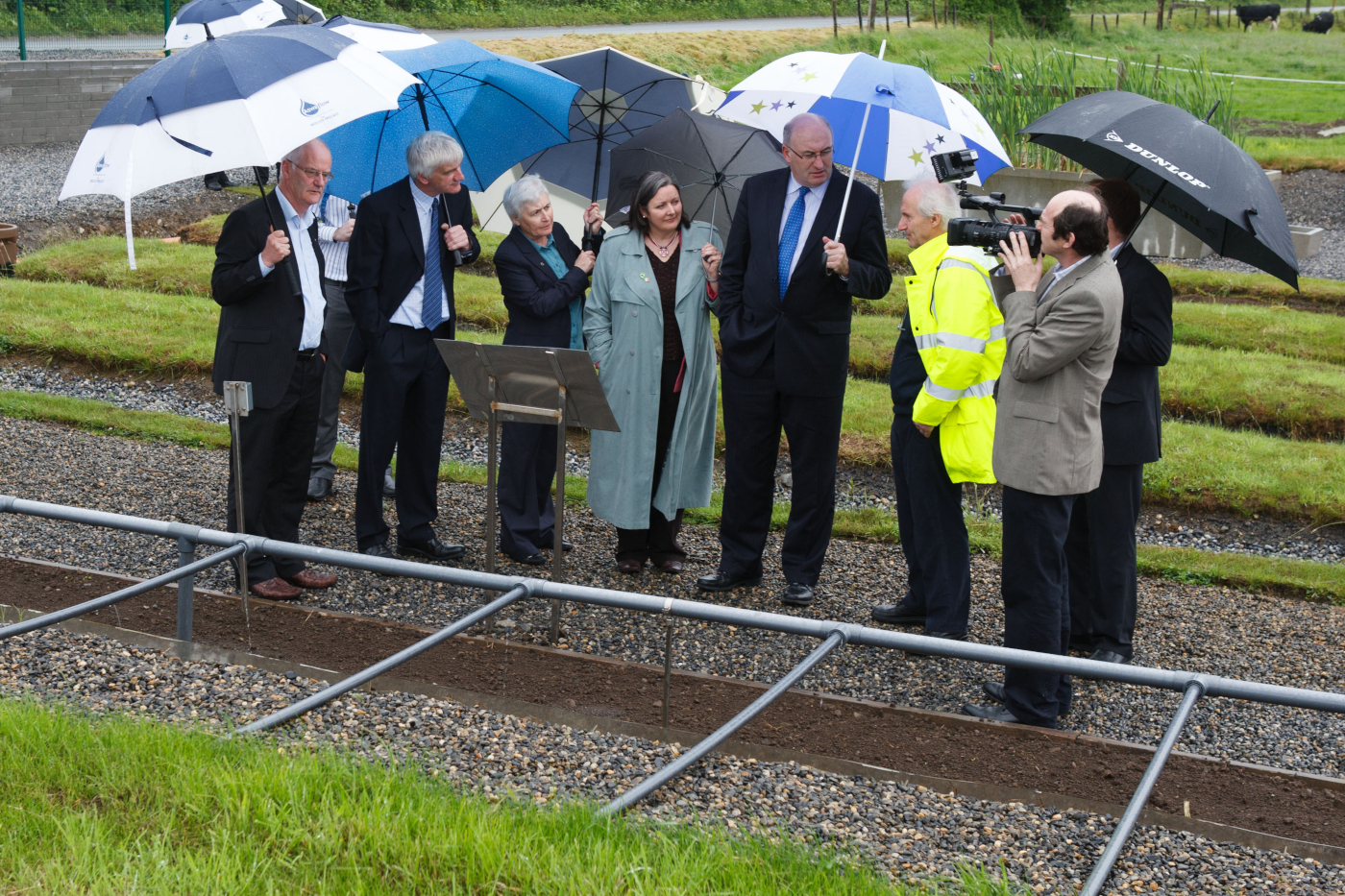 Established in 1979, initially set up to offer concrete products and septic tanks, it entered the onsite wastewater treatment market in 2001. Since then the company has developed an excellent reputation for developing cost effective environmental solutions for wastewater treatment and rainwater harvesting.

Over the years the company has won several highly coveted awards most notable the ‘Environmental Responsibility Award 2011’ presented by the Midland Gateway Chamber of Commerce and ‘The Offaly County Enterprise Board Best Local Business 2007’ award programme where they were the overall winners.

These accolades combined with the company’s commitment to research and development and its collaboration with NUI Galway, Trinity College and Enterprise Ireland, ensures its retention of a solid client base even in today’s tough economic climate.

Commenting on the achievements and plans of Molloy Precast during his official visit to the Co. Offaly facility, Minister Hogan said “There really isn’t any percolation issues you can’t solve; there is a solution for everything.”